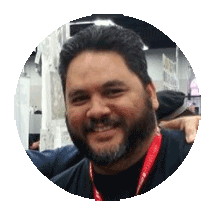 DJ was born on Oahu, but moved to Hilo as a young child, graduating from Hilo High. He's been obsessed with drawing since he was five years old, to the point of getting into trouble for it. In the early 90's he fell in love with comics and was inspired by Jim Lee, Joe Madureira, and Marc Silvestri among others.

Not knowing quite how to get into the industry, DJ quit drawing at 18 and took up music as a form of creative expression. However in 2002, his spine was broken in three places as a result of a car accident. In the year long recovery that followed, DJ resumed drawing and ideas for Exillion: Creed of the Knightenhawke poured forth.​
The Fandom Effect:  Interview with DJ Keawekane 30 July 2020 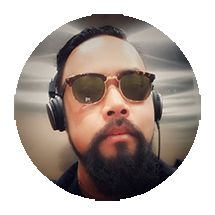 Vincent was born in Honolulu, HI, but soon after moved to San Francisco, CA. At a very young age he began drawing and was encouraged throughout his life by his family, all of whom are creative in their own right. He latched onto comic books very early on and learned a lot of his early knowledge of comic-making by Spider-Man artist, Spawn creator, and Image Comics co-founder, Todd McFarlane. He's also been tremendously influenced by artists as varied as Jim Lee, Joe Madureira, Larry Stroman, Bill Sienkewicz, Sam Keith, Arthur Adams, Geoff Darrow, Whilce Portacio, Humberto Ramos, Skottie Young, Dustin Nguyen, Jae Lee and the list goes on and on.

He currently works for Image Comics, Inc. as a Production Artist and uses his years of experience behind-the-scenes of the comics industry to make his own comics from writing to drawing to technical production as well. He dreams of bringing his own brand of comic weirdness to the world in some shape or form very soon. 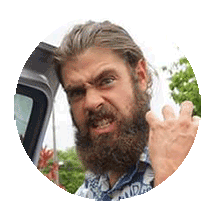 Joshua Fay is a storyteller who wants to bring people on a journey to heart of the human condition. He believes words are powerful tools for revealing the magical and the mythical elements of reality. He writes to help bring those elements into to the perspectives of the reader so they can experience something awesome. 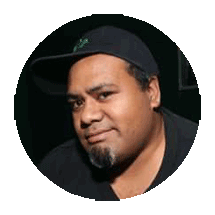 Going by the nickname, Phormat (long story), Jason David first began his writing career by creating short stories based on his World of Warcraft guildmates at the height of the game’s popularity. He would continue the practice many years later by chronicling the ongoing adventures of the Maui Comics D&D group that he felt lucky enough to be a part of at the time.  One of these stories would make its way across the desk of Exillion creator, DJ Keawekane and the rest has been pretty schwifty.

He currently resides on the gorgeous island of Maui with the love of his life, Kanani, and their two beautiful daughters, Kasey and Nayah. When not writing, he enjoys people watching, learning cardistry, and playing games.